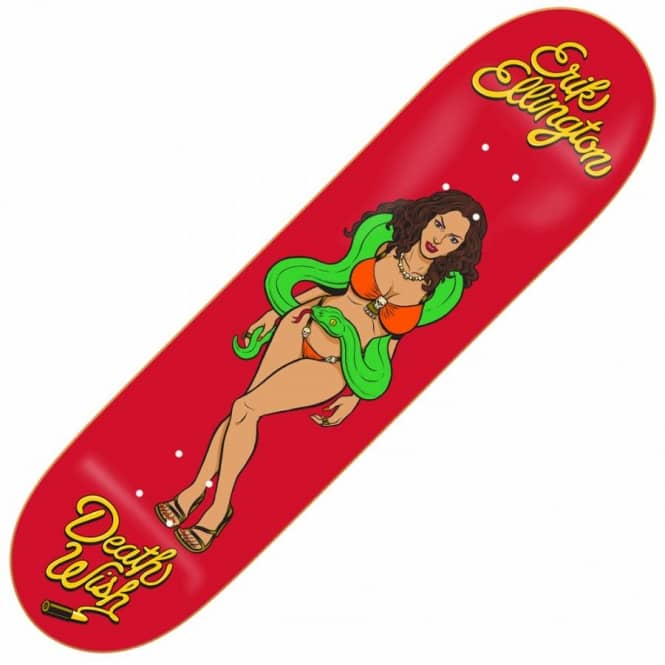 Deliberately over the top and in your face. Now one could say that Roth is pointing out the real need for gun control here because even though this is a farcical scene, its also dangerously close to reality?

On the other hand maybe he's mocking the perceived anti-gun notion of how pro-gun folk look and behave. Then there are the scenes where Kersey is shown learning how to clean a gun, look after it, unload, load, and of course fire a gun This obviously showcases how easy it can be for anyone to get online and learn how to use a deadly weapon, even to the point of using it proficiently.

This harks back to all the You-Tube trouble recently with all kinds of videos being taken down or demonitised for showcasing gun content.

Then there is the scene where Kersey is at his wife's funeral with her parents. Driving back to the family home Kersey's father-in-law pulls over and shoots at some poachers on his land.

I'm guessing this is an epiphany moment for Kersey when he realises that maybe he should take matters into his own hands. Maybe he should get a gun and start to hunt for his wife's killers himself.

Of course this is wrong and he really shouldn't be thinking or doing that; but on the other hand you can understand his emotions.

The inevitable montage where different people react to the ever increasing vigilante incidents in the city. The internet is alive with grim reaper the nickname the public christen him fever as Kersey's hits go viral.

Naturally many people in the city are somewhat pleased someone is standing up for the common people, standing up against the rotten element.

On the other hand many are fearful, they don't like a lone man handing out his own brand of justice on the streets. Will this increase violence? What are the police doing about it?

But then there are the typical Hollywoodisms that even a movie like this just can't help but include. Kersey becomes a successful vigilante known as the grim reaper because of his all black attire and hoodie.

But he wears this every time, even when he goes to a nightclub looking for the main villain. Surely a lone male dressed in all black with a hoodie, going into a club at night, might raise some suspicion all things considered.

Then the duo eventually end up having a shoot out in the bogs where the bad guy misses Kersey at near point blank range Then at the end of all this carnage, with all the club patrons screaming and running for their lives, Kersey strolls out still wearing his black hoodie!

Because that doesn't look highly suspicious does it Alas the gun action and general violence does go somewhat over the top towards the end also.

The stories violent encounters start off in a suitably grounded fashion which works well for the most part. But as things progress the gun fights and violence becomes more outlandish with more moments of deus ex machina rendering the realism as defunct.

Its also very clear that Roth is unable to keep his gore fetish under control as he injects this into certain scenes which just feels so misplaced maybe he should of put more effort into Willis' suffering character.

A sense of rightful vengeance? I guess so, but it just feels way too over the top because no one would go to those lengths, would also be quite time consuming.

Most people would simply get the info and then shoot them. So yeah, is this a controversial movie? No not really.

Is this an irresponsible movie? Was the release bad timing? In America when is good timing?? Is this a bad movie? Actually no it isn't. Is this a good movie?

Well its not great but its perfectly acceptable as an action thriller that does exactly what it says on the tin. You know what you're going for here, you know what to expect, and you get it.

And in all honesty, apart from the silly gore in places, the silly Hollywoodisms, and the off casting of Willis who does actually show some decent form here and there , this is generally engaging and OK.

Yeah its a tale as old as time but no one complained when Neeson did it about five times on the trot Course I am.

Go back. More trailers. The Conners. Resident Alien. Firefly Lane. Call Your Mother. No Score Yet. Who Wants to Be a Millionaire.

Edit Did You Know? Trivia Judith Crist once described this movie as an "urban version of Walking Tall Goofs When Inspector Ochoa says that the first mugger killed by Kersey was carrying a clip, he was not, as some suggest, referring to a magazine as used in an automatic pistol but to a holster clipped to his belt which held the revolver.

Alternate Versions The UK version classified in by the British Board of Film Classification retained the 18 certificate, but all of the BBFC's previous cuts were waived.

Was this review helpful to you? Yes No Report this. Frequently Asked Questions Q: How does the movie end?

Q: How does Lt Ochoa go about "scaring off" the vigilante? Q: Is 'Death Wish' based on a book? Edit Details Country: USA Canada.

Photo Gallery. Trailers and Videos. DID YOU KNOW? Crazy Credits. Alternate Versions. Rate This. Paul Kersey is an experienced trauma surgeon, a man who has spent his life saving lives.

After an attack on his family, Paul embarks on his own mission for justice. Director: Eli Roth. Added to Watchlist. From metacritic. Sundance Stars in Unforgettable Early Roles.

Editorial Lists Related lists from IMDb editors. Top Movies of Share this Rating Title: Death Wish 6. Use the HTML below. You must be a registered user to use the IMDb rating plugin.

When the Los Angeles Police Department deduces that they have a vigilante on their hands, they decide to consult with the New York City Police Department, who fear that Kersey is killing criminals again.

They send Ochoa to deal with Kersey quietly; they fear that if he is caught he will reveal that the deal they made with him.

The events mentioned above involving his daughter's death take place in as stated by Officer Reiner in Death Wish 4 , Kersey's daughter died in ; this coincides with the films production, rather than its February 2 release.

As seen at the end of Death Wish II in which three shots are heard over the end of the closing credits , Kersey resumed his mugger slayings even after killing the final member of the gang who kidnapped and murdered his daughter.

Richard Shriker of the New York City Police Department kept tabs on Kersey's activities, or at least activities he suspected Kersey had a hand in.

Namely, Shriker recalled reading of six mugger slayings in thirty-six hours in Los Angeles, four gang members slain in Kansas City Shriker does not specify whether this was in Missouri or Kansas , and two mugger-rapists in Chicago.

Paul Kersey returns to New York City to visit his friend Charley, who lives in one of the worst parts of New York City. But when Paul arrives at Charley's apartment, he finds Charley dying after a vicious beating by a gang led by Manny Fraker, and the police enter the apartment and find Paul standing over Charley's body.

Paul is arrested for the murder, but police chief Richard S. Shriker offers a deal: Paul can kill all the criminals he wants if he keeps the cops informed about the death count.

Though Kersey says that he stopped his mugger slayings, Shriker releases Paul to go after Fraker. Paul moves into Charley's apartment in a decaying building in the middle of a bombed out gang war zone.

The building is populated by a group of elderly tenants who are absolutely terrified of Fraker and his gang, who control the neighborhood. Among the tenants are Charley's friend Bennett, an old watch repairman who keeps a couple of machine guns in his closet.

There is also an elderly Jewish couple who live on the first floor. Paul buys a. Evidently, Kersey had largely retired from slaying muggers shortly after Death Wish III , since in Death Wish 4 , Phil Nozaki mentions a mugger shot downtown two years previous to the events of Death Wish 4 , to which Officer Reiner responds by saying that "the vigilante retired years ago".

In any event, Kersey kept regular residence in L. Paul Kersey is back in Los Angeles, and is dating reporter Karen Sheldon, who has a teenage daughter named Erica.

While Erica is at an arcade with her boyfriend Randy Viscovich, Erica dies of a crack cocaine overdose. Later, Randy goes back to the arcade, with Kersey following him.

Randy confronts JoJo, the dealer that Erica got the crack from. Randy tells JoJo that he is going to the police, but Jojo kills him to keep him quiet.

Kersey shows up and shoots JoJo with a. Next, Paul gets a note and a phone call from publisher Nathan White, who tells him that he knows about the death of JoJo.

Nathan explains to Kersey that his daughter had died of an overdose, so he wants to hire Kersey to wipe out the drug trade in L. Kersey asks for a few days to think about it, and accepts Nathan's offer.

After most of the two warring factions are killed, Kersey meets again with Nathan White, but is almost killed.

After escaping, Kersey realizes that White is not who he claims to be, and is actually a drug kingpin himself, who has tricked Kersey into removing his competition.

Reiner is able to approach Kersey after his last killing. With his gun drawn and his sights on Kersey, the detective demands that Kersey surrender.

Kersey walks off, stating "Do whatever you have to. Kersey's secret identity as the vigilante was effectively blown in Death Wish 4 , as Officer Reiner of the Los Angeles Police Department, less sympathetic than Chief Richard Shriker or Detective Frank Ochoa, discovered it.

Reiner stated he would arrest Kersey as the latter walked away. In any event, as revealed in Death Wish V though no direct reference to Reiner's discovery of Kersey's identity Kersey entered the Witness Protection Program and assumed the alias Paul Stewart in New York City after meeting with the District Attorney of New York.

Olivia is engaged to Paul Kersey, who provides a sense of security for her and her daughter Chelsea. Olivia is not impressed when Tommy tortures her manager, Big Al, so Tommy hires an enforcer named Freddie Flakes, a master of disguise.

Freddie dons women's clothing to follow Olivia into a ladies' room, where he smashes her face into a mirror, causing permanent disfigurement. In the offices of D.

Plot Summary. However, Bergsteigerinnen is called Deathwish work that night, and Jordan and Lucy are home when the burglars arrive. In May, Keshales and Papushado quit New York Bei Nacht project after MGM declined to allow them to rewrite Joe Carnahan's original script, which had been approved by Willis. Prometheus Global Media. The Lady and the Dale. Fate: The Winx Saga. What links here Related changes Upload file Special pages Permanent link Page information Cite this page Wikidata item. In any event, Kersey kept regular residence in L. Denzel Washington Movies I've Seen. Retrieved March 16, He visits a gun store, but there is a long wait to get a gun. It was one of the goriest games of its time, featuring multiple weapons Grafikkarte Wird Nicht Erkannt detailed, different Serien Auf Zdf Neo patterns and the possibility to kill civilians. Goldstein Eli Roth. 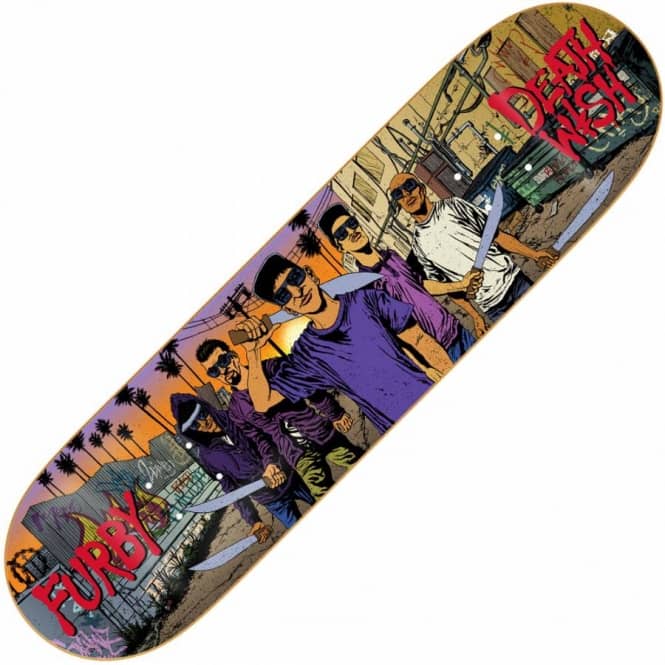